An Idea Whose Time has Finally Come 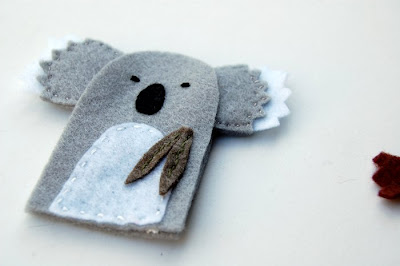 I don't know about you, but I have a fairly long lag time between having an idea and executing that idea. I think through over and over how I will actualize my idea. When I think I've finally got it figured out I give it a go. Did I mention my lag times range from 6 months to a couple of years?

Crazy? Probably. I think it's because I am a bit of a perfectionist and I don't like to waste ANYTHING.

I've had the idea for Australian animal finger puppets in my head for a while now. A seemingly simple idea, but for me it was about how I was going to actualize key characteristics of each animal so they would be immediately recognizable and deciding what to hand sew and the colours of felt to use. 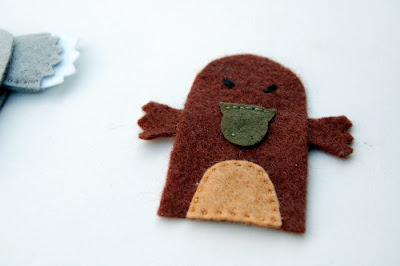 I'm not sure why but a few weeks ago, it was an idea whose time had come. In the space of a couple of hours I created three of six animal prototypes. I have three more to create, but at least I have sketched them on paper and identified felt colours.

Wonder which idea will be next:) Cyndy Pin It
Posted by Wombat's Picnic at 9:14 AM 1 comments

Waiting for the Fairies 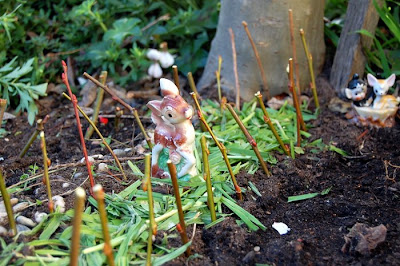 Although still winter here there have been a few glimpses of spring lately. Middle and littlest took advantage of the most recent spring like day to make a fairy garden. 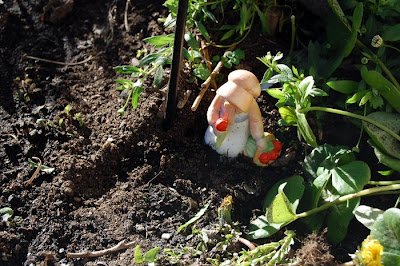 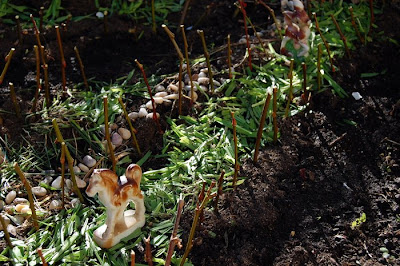 Hope the fairies like it:) Cyndy Pin It
Posted by Wombat's Picnic at 9:05 AM 0 comments